"The Seeker" is a critically acclaimed album and an award winning feature length film by Cloud Cult. The album features 13 original Cloud Cult songs including the radio singles "No Hell", "Through the Ages", and "Days to Remember". It was U.S. adult alternative radio's second highest debut, landed on North American college radio charts at #4 (Most Adds) and Entertainment Weekly called it a "must listen".

"The Seeker" is also an award winning feature length film written by Cloud Cult and directed by Jeff D. Johnson. The film stars Alex McKenna and Josh Radnor, and the music is written and performed by Cloud Cult. "The Seeker" is a story of Grace, a daughter whose idyllic life is turned upside-down by immense tragedy.  As she grows older, her cynicism and apathy towards her new reality is challenged by a reminder from the past that sets her on a pilgrimage that will define her. 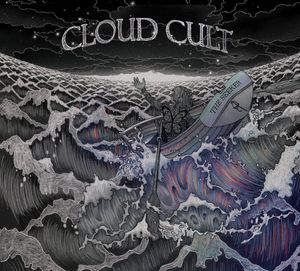 
*The Seeker is family friendly and has a runtime of 70 minutes.

“One of the top 8 films not to miss this year.”
— SARASOTA FILM FESTIVAL DIRECTOR OF PROGRAMMING, MICHAEL DUNAWAY

“The Combined Experience is an undeniably moving one.”
— PASTE MAGAZINE

“Anyone who’s ever heard echoes of their childhood during times of crisis or contemplation - meaning, anyone breathing - will be utterly swept away”
— TRIBECA SHORTLIST, JOE NEUMAIER